A major local food manufacturer and distributor’s growth was causing cramped and unsafe working conditions. Workers were getting injured and production was being adversely affected. SSI answered the call with less disruption and allowed for beyond expectation expansion.

This major local food manufacturer is a standalone in making and distributing quality food products by using innovative supply chain tools and state of the art manufacturing methods. This facility serves as one of their main production sites and a primary distribution hub to supply thousands of supermarkets and restaurants across the United States.

And although we cannot refer to them by name, we’d still like to think you know who they are and you love what they do, too.

We very much enjoy working with this client. They are willing to listen to new ideas they hadn’t thought of and to take a chance on something that may be unfamiliar to them.

This client’s facility configuration was causing them trouble mainly because:

The client’s product was being palletized by hand and the amount of product coming off the multiple production lines exceeded the speed at which the workers could safely and successfully manage.

Additionally, physically moving pallets into and out of the space was its own challenge as space was too tight to do it properly and more importantly, safely.

At this facility, our complete multimillion dollar turnkey automated solution:

With our system in place, they increased production by 50% and the solution kept working for them as they cruised past their initial expectations.

In addition to all this, the visual aesthetic we achieved from automated palletizing was striking. Some product types fit 250+ small boxes to a pallet. Automation made for cleaner lines and more consistent stacking and stretch wrapping. It also reduced damage to product sustained from the byproduct of inconsistent stacking.

This client had initially been in contact with another vendor to design a solution for them. They were given a design and price that just didn’t fit their needs. Additionally, the other vendors plan was going to consume more of their facilities limited real estate than they were comfortable with. It would be difficult to implement and would have likely impact the client’s production in a negative fashion.

Because of these issues, they were looking for fresh set of ideas and additional potential solutions.

After being referred our way by a previous customer, they called us in to talk with them.

What Made SSI the Best Choice

Unlike other solutions companies, we think outside of the box. Our team can visualize various configurations, determine routing methods and put it all on paper. Every customer is different with different constraints in their facility. For us, it’s imperative to be able to visualize a system like this. Cookie cutter solutions rarely work well for end users.

For this client, we were able to provide a plan that would include much less intrusion to their production.

The other guy’s plan was to punch through key production office spaces, eat up additional warehouse space and relocate a large portion of their in-production supplies storage area. That meant bags, labels and other urgent production material would all have to move further away from the production lines.

A few things were unique about this client during implementation:

We were able to design and fully implement everything for this client from the extensive supporting structures, palletizers, stretch wrappers, conveyor system(s) and extensive controls systems over the course of two phases in about 18 months.

How It Works Now

At our client’s facility, product that used to manually move into a box and then onto a pallet is now being palletized. With the process being automated, we saved them lots of time and money on the packaging lines.

Automating more of the process meant fewer human touches and huge benefits to their production.

SSI was able to produce a fully-fledged plan that enabled work to be done quicker, cheaper and safer all while the client achieved doubling their increased production goal.

We’re looking forward to the next chapter with them as they continue to push their growth goals into the future.

This client’s growth left them out of room and with inefficient packing areas. At SSI, we built them a reliable system, allowing them to reduce manpower while increasing productivity. The Who Checker Distributors is a family-owned business employing about 150 employees. They supply over 100,000 different types of sewing and quilting products to mom-and-pop shops…

When this eco-conscious, international leader in medical compression therapy garments faced space constraints and efficiency issues, SSI designed a system to increase throughput while maximizing working safety. The Who Juzo has been family-owned and operated since 1912. They’re committed to providing quality medical compression garments to Pharmacies and Home Health Care Stores. In keeping in… 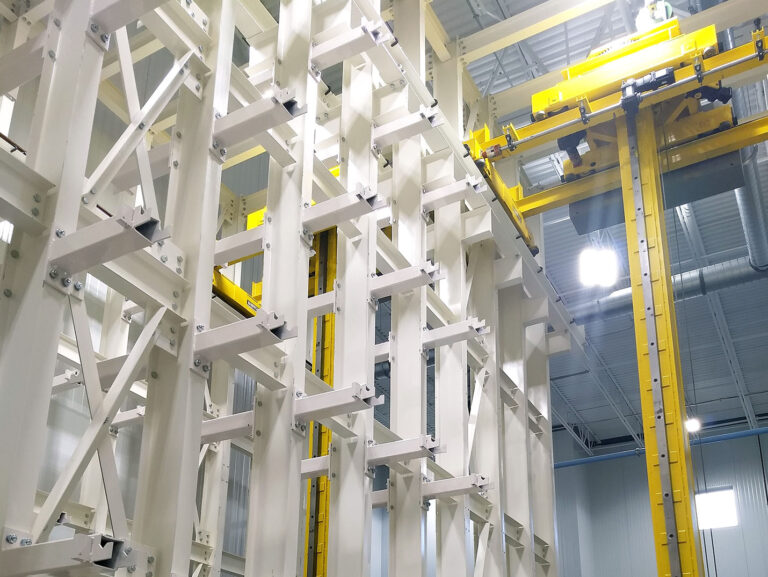 A global aerospace manufacturer was expanding its operations in North-East Ohio and reached out to us to implement an automated system to assist in their production to increase efficiency. SSI was able to design and implement an AS/RS system to help the customer achieve their goals. The Who This aerospace manufacturer makes high quality equipment…